We managed to get a quick test game of Lion Rampant played at the first of our monthly 'Friday Night Firefight' at Wayland Games. Chris (the only one to have played before) and I played some mean looking Highlanders and Andrew and Rob took up arms as axe wielding Islanders.

No game report as it was just a test game, an opportunity for Chris to teach us the rules!

The Islanders were ultimately successful due to a lot of 'wild charges' by our angry rabble...

Some pics from the game - 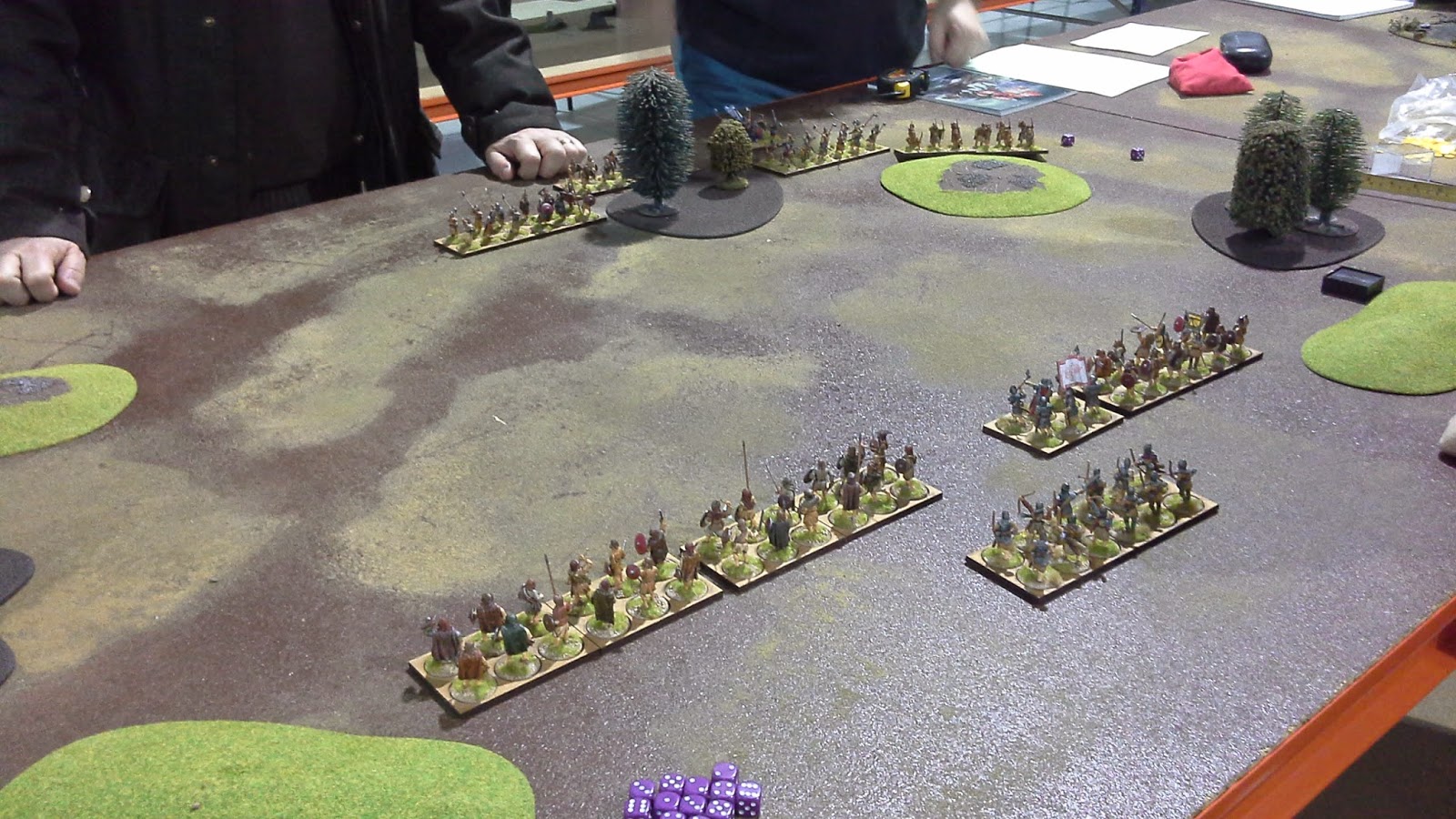 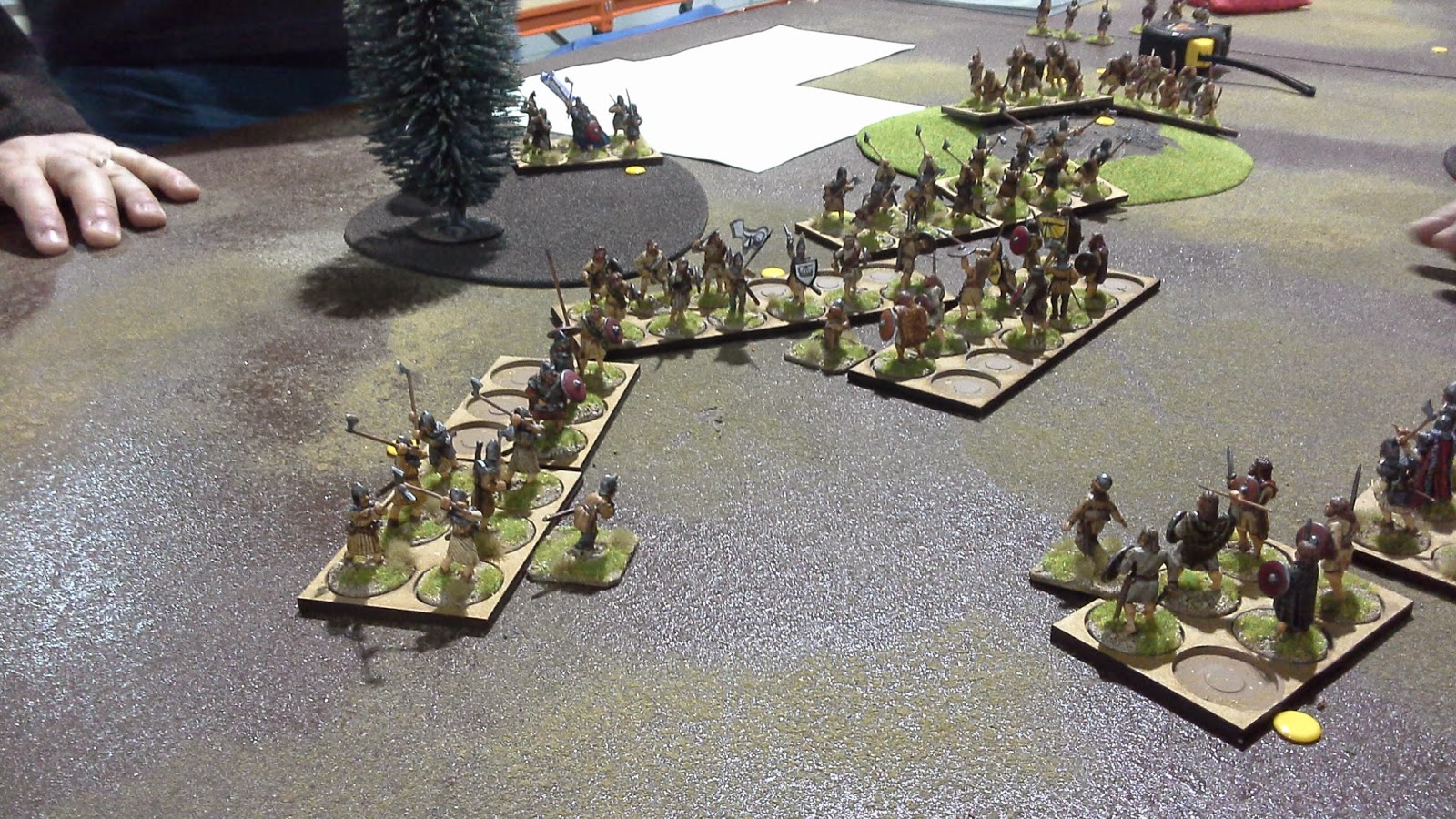 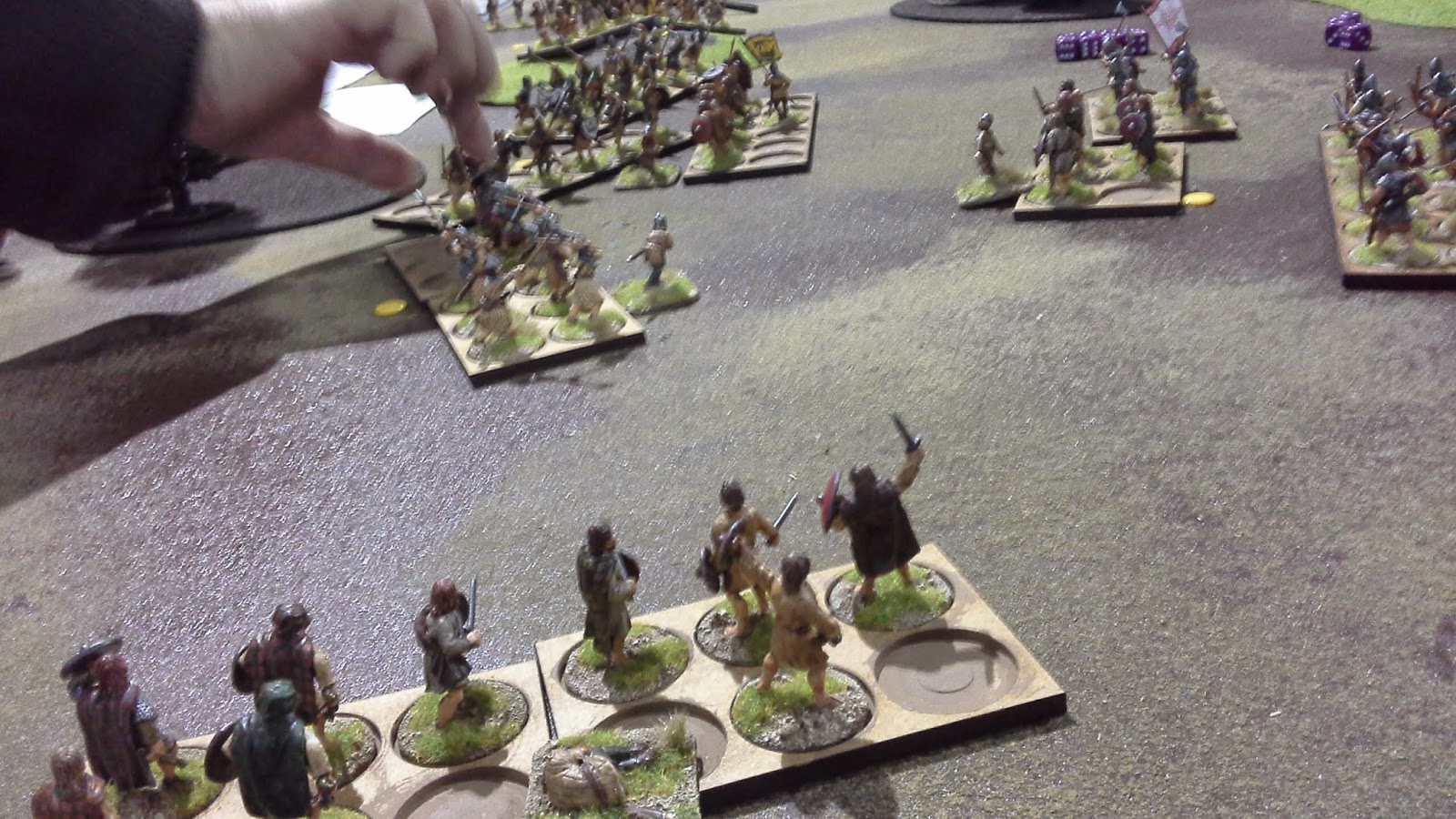 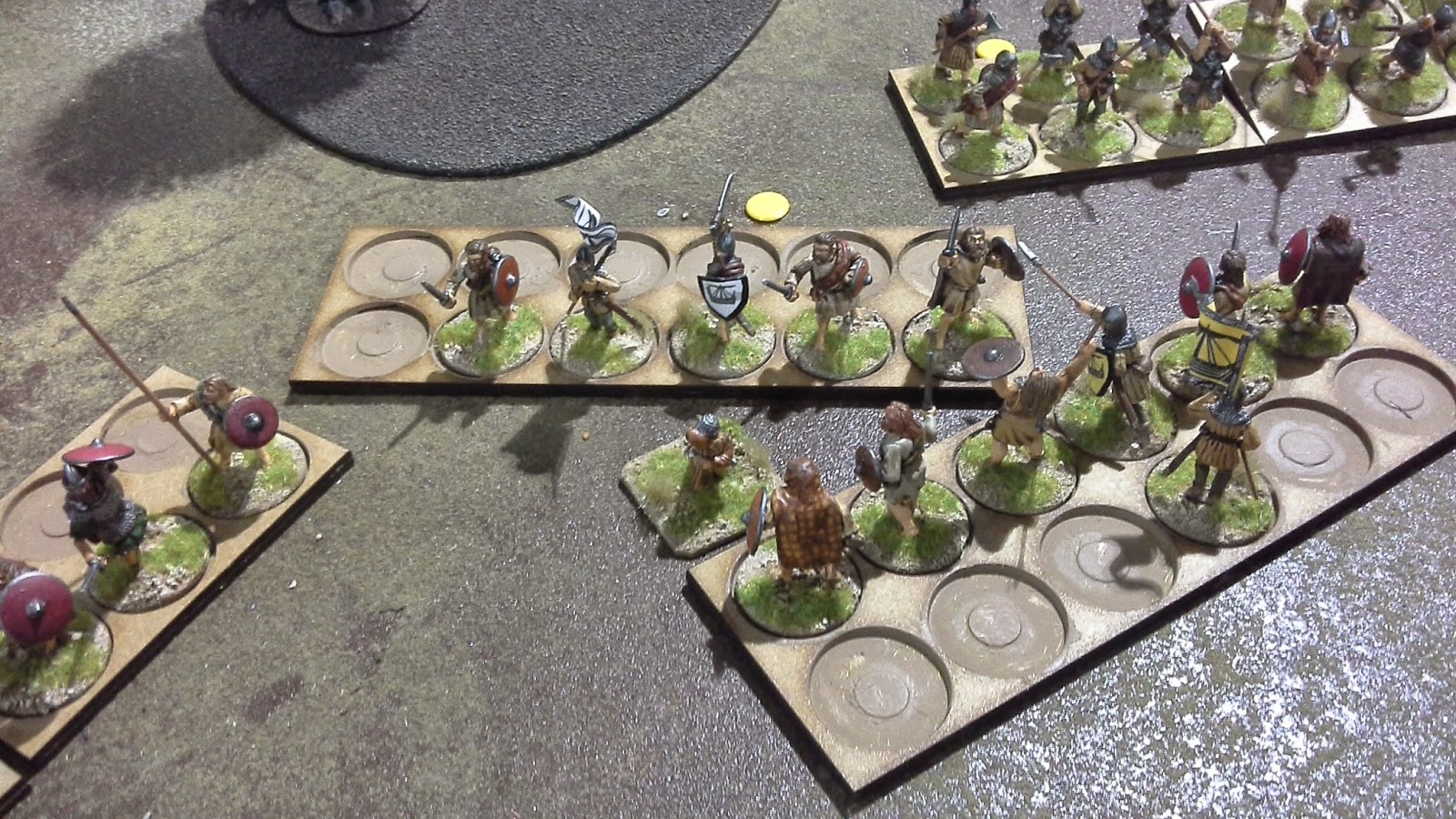 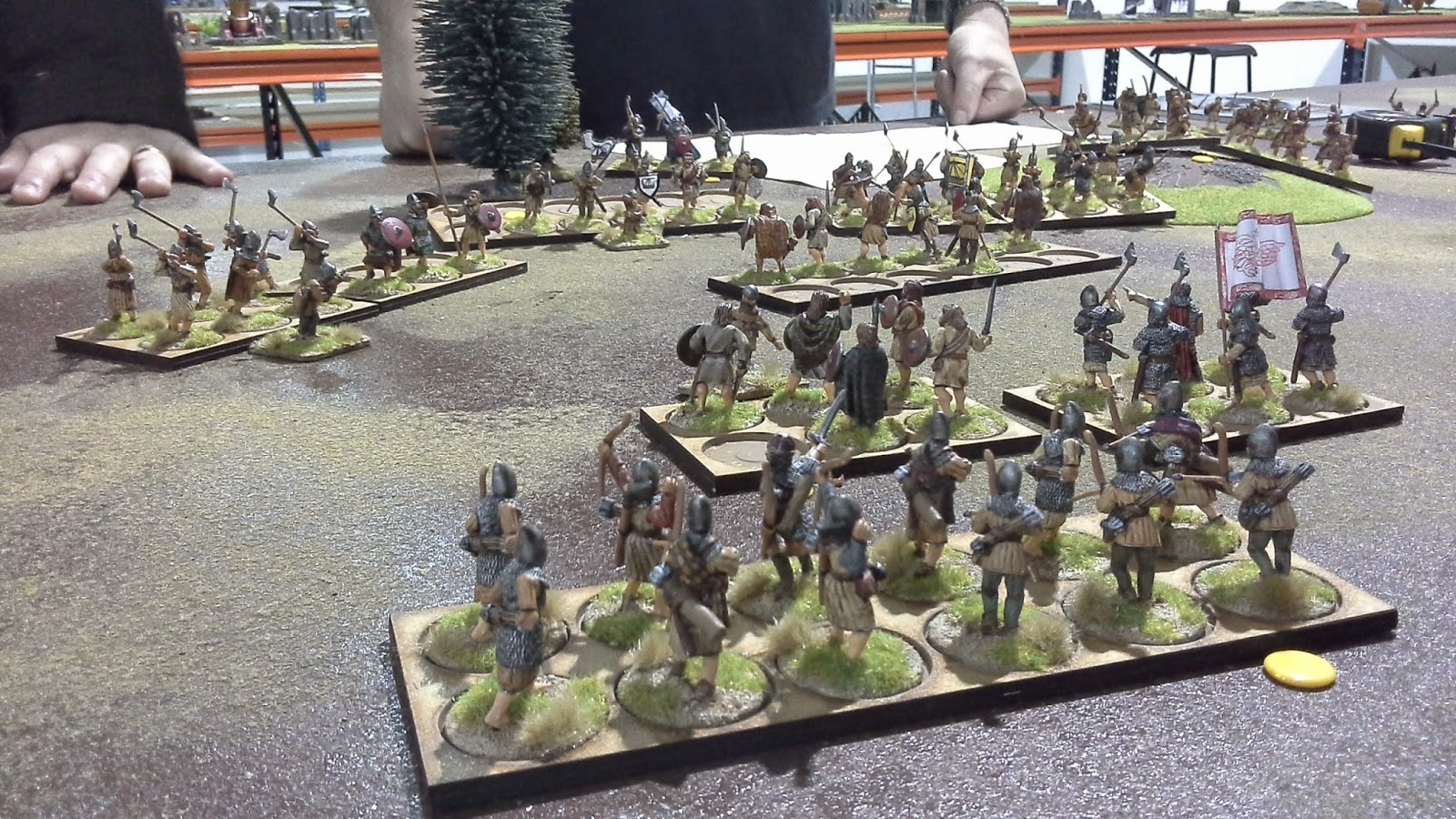 Excellent set of rules, quick to learn and very instinctive. The disorganised chaos when troops refuse to act, or worse begin to do things you don't want them to, provides a great fun game. Although a 'medieval' set of rules, they seem pretty easy to adapt to any period. There are even suggestions for generic fantasy troops. I have already picked up some ideas for Viking / Saxons from one of the forums and have some ideas for a scenario already. Can't wait to play again!

All figures supplied and painted by Chris.

Been a long while since a post on Gjallarhorn but I have not forgotten it!

I have gradually been adding a few more Vikings to the horde but time has been spent on other games and projects. Need to finish the bases on the next batch but when I get around to it I will post some pics. Also picked up a few 4ground buildings and a nice Saxon hall from Timeline Miniatures that I have almost finished painting.

I recently bought the semi-legendary Pig Wars rules but haven't had a chance to read through them yet.

Several of our group have picked up Lion Rampant and the rules look very usable for the period and we have managed to play a quick test game.

Hopefully we will manage to play some dark ages games in the near future!
Posted by wardy-la at 23:30 No comments: 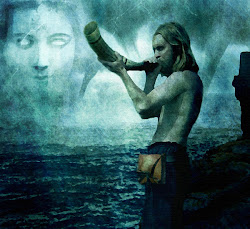